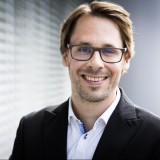 Sebastian has spent over 8 years at IBM working as a technical consultant focusing on Business Integration and Business Process Management (BPM).
In 2013 Sebastian joined Red Hat as a Solution Architect; In this role, he used his extensive field experience to support customers with their digital transformation using open source & cloud technology. In 2019 Sebastian took over the leadership for a team of IT architects dealing with middleware, container technology and cloud at Red Hat Germany.